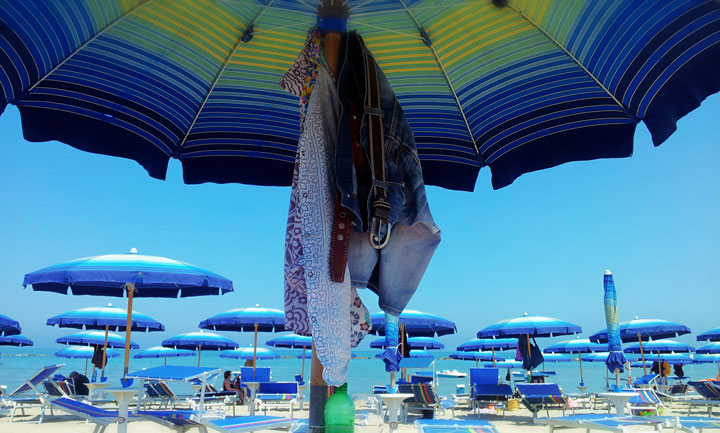 With its approximately 7,500 km of coastline, Italy is the ideal place for water lovers. The wide variety of beaches makes it ideal for any type of holidaymaker looking for nature, fun and rest and relaxation. The Italian coast, with its countless gorges, bays and bays, tourist harbours and long sandy beaches, is really adapted to the demand of water lover. It is full of fishing villages and coastal towns with seaside resorts and Dagstranden-much of it is easily accessible by car, train and airplanes and large and small ships. Sicily, Tonnara di Scopello from north to south, from east to west, this mountainous area descends into the rocky, indented shores of the Tyrrhenian and Ionian Seas in respectively the west and southeast, and toward the softer, more sandy Shores of the Adriatic Sea in the east. Of these seas that rinse off in the “beautiful Land”, two beautiful islands-Sicily and Sardinia-besides numerous small archipelagos. These include the Tuscan archipelago, to which Elba belongs; The archipelago of the Maddalena in Sardinia; The Campanische archipelago with Ischia and Capri; And finally the Pontine Islands off the south coast of Lazio. Between the coasts of Tunisia and Sicily, we also find the pelagic (Lampedusa) islands and, to the north of Sicily, the Eoliërs-with two active volcanoes, Stromboli and Vulcano-and the Egadi Islands, a nature reserve. Last but not least, in Puglia there are the beautiful islands of Tremiti.

From Liguria to the Maritime Alps (west of Genoa) and the Appenine region of Liguria, the foothills of the Alpine Mountains push out and polish the waves that shave on the Italian Riviera. With their high and rocky cliffs, these rugged coastlines are rich in beautiful corners, holes and deep, deep seabeds. The wonders of nature do not stop here. This area is a paradise for many animal species and for people: whether you want to see nature or the excitement of water sports, you can enjoy a variety of activities in both the protected areas of the Cinque Terre and the Gulf of Poets.
The beaches of the Tuscan coast are lower and sandier although it includes the coast of the Apuan Alps, Versilia, the coast of Pisa and the Etruscan coast. All these places have seen lively tourist activities since the Sixties. The pretty well-known islands of Elba and Capraia are about 12 miles off the coast of the region, and although they are part of the Tuscan archipelago, they reside in the Ligurian Sea.

Further along the shores of the Tyrrhenian Coast one finds the Maremma, Lazio and then Campania, largely in the low and sandy style, but with random, rocky peninsulas that reach almost the edge of the Pontine islands.
To the south, the Bay of Naples finally opens up to the sea, followed by the Amalfi Coast, the Gulf of Salerno and the high, rocky promontory of Cilento. This beautifully elevated and whimsical terrain goes almost completely to the Strait of Messina which separates Sicily from the rest of the continent.
The southern coasts bathed in the Ionian sea resemble the shores that lie on the Tyrrhenian sea: steep and steep cliffs where the Appennine series is closest to the sea, and uniform, consistent where Calabria and Basilicata move to Apulia, near From the mouth of the river Po.
With the exception of the front mountains of Monte Gargano and Mount Conero, the coastal region in the Adriatic Sea consists of an immense sandy strip of land, of course the location for many seaside establishments.
The largest Italian island, Sicily, is bordered by a mountainous, serrated coastline in the north and east (as in Taormina) and by flatter coastlines in the South and west (think of the coast of Trapani and the Egadi Islands). Sicily is also covered with natural reserves and breathtaking landscapes. The region is absolutely astonishing, as are all the surrounding islands, where holidaymakers from all over the world come.
It is also in the Tyrrhenian Sea that we find the island of Sardinia, where the shores are varying rocky and smooth (Costa Smeralda). Large boulders, as well as other large and small islands (e.g. Maddalena, Caprera), form the off-shore landscape of Sardinia.